Turmeric is one of the oldest spices in use today. Its use is documented as far back as 4000 years. It was used for medicinal purposes across India, China, and other countries in the Asian continent. Today, it is a key ingredient in the meals of almost every country across the globe. Turmeric is a product of Curcuma longa, a plant found in the ginger family. Turmeric powder comes from the rhizome of this plant and gives food an aromatic flavor.

Turmeric naturally has strong anti-inflammatory and antioxidant properties. Generally, curcuminoids account for most benefits of turmeric. One of the most abundant curcuminoids in turmeric powder is curcumin. Curcumin gives turmeric powder its bright yellow color. It is also the main active ingredient in raw and powdered turmeric. Turmeric supplements mainly contain curcumin, which helps achieve greater therapeutic effects. 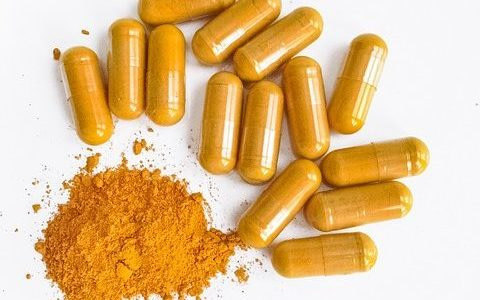 The amount of turmeric added to food can barely supply an adequate dose of curcumin. In most cases, people who want to take this spice for medical purposes rely on turmeric supplements. Curcumin is not readily absorbed in the body. Thus, it is recommended that turmeric is taken along with black pepper. Black pepper contains piperine, a potent antioxidant that increases the uptake of curcumin in the body.

Turmeric can help boost your immune system and help fight diseases. For this reason, it is used in treating autoimmune disorders such as systemic lupus erythematosus. Taking turmeric together with honey, black pepper, and ginger can provide even more benefits in improving your immunity due to strong antimicrobial, antioxidant, and anti-inflammatory properties.

Turmeric plays a vital role in preventing cancer owing to its antioxidant and anti-inflammatory properties. According to the National Cancer Institute, there is evidence that turmeric is an anti-carcinogen, implying that it can effectively help in preventing cancer. Curcumin generally interferes with processes involved in the development and proliferation of cancer cells owing to its chemo-preventive and antiproliferative capabilities.

Turmeric helps in reducing the bad cholesterol in the body. As a result, it decreases the risk of developing heart disease and other conditions associated with high cholesterol levels. Taking turmeric and lemon provide even more benefit in lowering bad cholesterol, promoting better heart and brain function.

Turmeric is Good for Diabetes

Turmeric is Good for the Liver

Turmeric benefits your liver with its strong antioxidant effect helping ameliorate liver damage. The curcumin in this spice also helps curtail cellular aging, which is responsible for poor liver function, including the onset of liver disease. In addition, the resulting cell death might compromise the regenerative capacity of the liver, negatively impacting its health and normal function.

Turmeric further has protective properties and helps detoxify the liver. Taking turmeric and lemon regularly can provide even more advantages by helping eliminate toxins and combat cellular aging. This mix can particularly benefit you if you regularly take medications to manage a long-term condition. It can particularly help reduce the risk of drug-induced liver injury in people with chronic illnesses.

There is also evidence that taking 70 milligrams of turmeric daily can promote better outcomes for people with non-alcoholic fatty liver disease. This finding suggests that turmeric can contribute to favorable outcomes for individuals with liver conditions.

Many people around the world have become obese or overweight with significant implications for their overall health. However, evidence now indicates that taking turmeric might help reduce the body mass index and waist circumference. Findings reveal that curcumin particularly plays a critical role in boosting weight management in obese or overweight people.

Turmeric generally promotes weight loss by increasing the basal metabolic rate and energy expenditure in the body. Curcumin, one of its most bioactive compounds, might also help prevent obesity by suppressing enzymes and hormones that promote excessive fat buildup in the body. Thus, curcumin’s impact on lipid metabolism might explain the contribution of turmeric to weight loss.

Turmeric is Good for Blood Pressure

The prevalence of high blood pressure has grown considerably in the last few decades. Generally, this condition causes serious complications and significantly undermines one’s quality of life. However, taking turmeric can help improve outcomes for people with this disease. It can also promote blood pressure regulation in healthy persons, decreasing their risk of developing hypertension. The curcumin in turmeric is specifically responsible for preventing the physiologic changes that cause hypertension in healthy people.

Curcumin alone has been shown to improve blood pressure management better than curcumin and piperine (black pepper) in human and animal studies. However, piperine is often added to curcumin supplements to boost bioavailability and absorption in the body. Multiple studies have shown that 50 -100 mg/kg/day can effectively help reduce blood pressure without causing in any adverse events.

Applying turmeric on your face usually reduces acne breakouts due to its anti-inflammatory properties. It also makes your face smooth and eliminates acne scarring. As noted, the skin-whitening effects associated with turmeric usually play a critical role in removing the dark patches on the skin.

A turmeric face mask is something you can make in your home. You should then apply the homemade turmeric mask daily until you see positive results. It requires mixing turmeric powder and water in a 1:1 ratio to make a paste that you apply directly to your face. It is advisable that you add honey and lemon juice to your face mask to obtain even better results.

Turmeric staining is usually a concern with this face mask. Therefore, you should not leave it overnight or for a prolonged period. Leaving a turmeric face mask for 10-15 minutes is adequate for you to see results. Lemon juice will generally help prevent turmeric stains on your skin. The skin lightening, antioxidant, and antifungal properties of lemon juice will also provide an added advantage and promote better skin health.

Turmeric is Good for the Respiratory System

Turmeric improves respiratory function and overall lung health. Its anti-inflammatory properties particularly help maintain the integrity of the lungs and help eliminate inflammation in the respiratory tract. As a result, it assists in relieving the different conditions associated with inflamed alveoli, bronchi, bronchioles, or other parts of the lungs.

Turmeric can also help treat cough and common cold. Its antimicrobial properties particularly aid in fighting viruses, bacteria, and other pathogenic microorganisms implicated in the development of these respiratory problems. In fact, turmeric milk is frequently used as a home remedy for dry cough and colds. Its healing power comes from turmeric and other spices added to improve its potency. In this case, turmeric promotes mucus production, allowing the respiratory system to flush out disease-causing microbes.

As noted, curcumin generally occurs in relatively low concentrations in raw and powered turmeric. However, turmeric supplements have a higher concentration of curcumin and other curcuminoids. On this note, they might provide better therapeutic benefits for people with specific diseases such arthritis. Check out these turmeric (curcumin) supplements on Amazon.

Affiliate Disclosure: This article contains affiliate links meaning we may receive a commission for any purchases you make based on such links. However, please note that this does not impact the price offered to you by the affiliate website.